Hello Uglies! Finally, the tour Dragula fans have been waiting ever so patiently crawled its way to our shores. Read our own Kirsty’s review of the London show and let yourself be dragged into the beautiful ugliness of a very unique drag show experience.

Dragula has without a doubt grabbed the grisly hearts of many fans who’ve been waiting for a different type of drag TV show.

The tour, put on by Slay! Presents made its way across eight UK cities and had a diverse line up featuring season one and two winners Vander Van Odd and Biqtch Puddin. Joining them on tour were Meatball and James Majesty. Due to illness, Victoria Black was unable to make the tour, in her place came fan favourite Abhora. 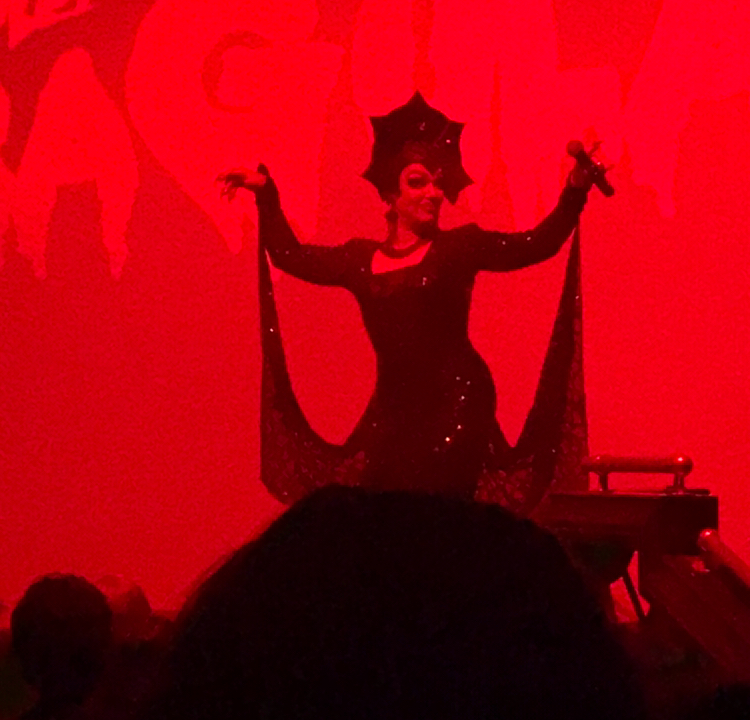 Having attended primarily Ru girl tours and shows, I noticed right away that the atmosphere was so incredibly different and for all the right reasons. Please be assured, I would never bash the Ru girl scene as it is a different fan base completely. But having attended the most relaxed m&g ever (it was run smoothly, no one was fangirling), the age difference alone made clear that this show has resonated with those craving something, unlike anything they’ve seen in the drag world. The audience was made up of both male and female fans and differed from the predominantly female teenage audience you often see at Ru girl shows (which can make those of us who are in their late 20’s feel somewhat old).

Whilst worried what the show would consist of performance-wise – ie extermination challenges have seen raw intestines being eaten, paint gun fighting, sitting in ice buckets etc, so I’d be lying if I said I wasn’t slightly worried as to what I was to witness live. 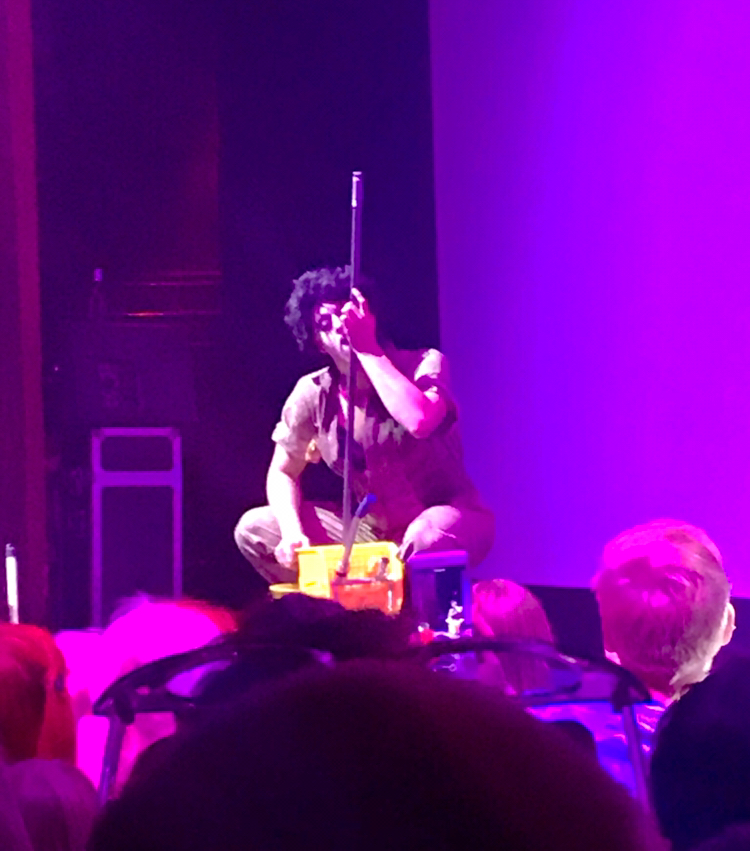 Fair to say there was a mix of filth, horror, and glamour within the cast which represented each bit of drag in its raw, unedited self. It is this which is the root of its success: nothing is perfect and polished, it felt like being at an amazing rock show which involved its audience members every step of the way.

The Boulet Brothers made several speeches about how they aim to include all genders in their show, how they intend to keep the show how the fans want it, which is a big tip RuPaul’s Drag Race does need to take onboard.

Each queen entered onstage showcasing just why they were brought on tour. Vander Van Odd is the epitome of raw art, the second performance of a slowed down version of ‘Will you still love me tomorrow’ was so poignant and beautiful the audience was completely silent, soaking up the message of a past winner who handed over the crown for season two. A stark reminder that any queen’s career could be forgotten when the next season rolls around.

For me personally, the show was stolen by Abhora, who came out in abundance of a screaming soundtrack whilst supported on gigantic stilts, whilst then making her way to the crowd with a crucifix, baby dolls proceeding to swing, hit and fall on to audience members. To me, this is what a show should be like – it was shocking but the crowd truly were in the palm of her hands, stilts and everything in between.

Watching the reaction of the audience to the performance you could see the thrill of how raw it was to see a queen practically moshing amongst the fans.

Plenty of audience participation was included with blood beer chugging competitions in between performances including a reading challenge featuring iconic scenes from both seasons.

Meatball came to feed the hungry children with McDonald’s burgers to an iconic mashup. James Majesty truly lived up to her perv reputation bringing up two audience members she then proceeded to make out with, whilst rolling around onstage.

Making her way back to the stage after the huge success of Dragworld, Biqtch Puddin performed a Jon Benet Ramsay wedding routine mixed with Bring Me The Horizons ‘Sleep is for the weak’ and ended her set with her famous janitor filth performance… which as you can imagine was vile.

It is without a doubt that the Dragula tour breathed a big ugly fresh air into drag shows as we know them, which if I’m honest didn’t know I needed. So here’s hoping we don’t have to wait long for the next installment of Dragula 2.0 – we already need our next fix.