Jiggly Caliente first worked her way into the hearts of Drag Race fans five years ago on season four. The season which for many broke the mold for multiple reasons had a fiery cast full of talent. Forward to 2018, Jiggly has appeared on countless TV shows, traveled around the world and released her latest music album ‘T.H.O.T Process.’

We grabbed a chat with Jiggly talking music careers, fan perceptions and her appearance at this summers Dragworld UK.

Dragadventures: What’s the biggest misconception you’ve had about yourself since the show, especially with newer fans who tend to forget season four aired 5 years ago.

Jiggly Caliente: That I’m dumb (laughs). Granted I had my ditsy moments. I feel like it’s funny so its ok.  But the fans think that what they saw on television is your truth when it’s only a representation of a moment in your life. Plus people grow and evolve.

DA: You’re incredibly confident and deal with online trolls head on, what advice would you give to younger fans who self-doubt and feel compelled to compare themselves to others?

JC: Honestly my best advice is to pick your battles. If its a simple shitty comment you can let it slide. But if you feel completely disrespected attack (laughs) Remember that no matter even if you’re defending yourself anything you say also consequences. So be mindful of your clapbacks -I honestly have no business giving advice on pc clapbacks (laughing)

DA: Your new music is fantastic, what was the music making process like and who inspires you from the music industry?

JC: Well, first of all, thank you it was a complete mindfuck. Thankfully I had Ashley help me piece everything together.  Picking the music that goes with my ideas on the type of song then writing it was tough, I wanted to make sure it was very me. I know I have an audience that’s willing to listen and hopefully new ones that’ll hear me out. My inspiration are hip-hop legends like Lil Kim, Salt n Pepa, TLC, and Biggie.

DA: Of all the tracks on your latest album, which one is your favourite and why?

JC: That’s like asking a parent to choose a favorite kid honestly Purong Pinay has a very special place in my heart because I’m very proud of my Filipino culture. Being able to spit in tagalog and paying homage to famous Filipinos in pop culture meant alot too. As far as in my collabs it has to be I Don’t Give a Fuck with Sharon Needles because we got some aggression out on haters on that song. 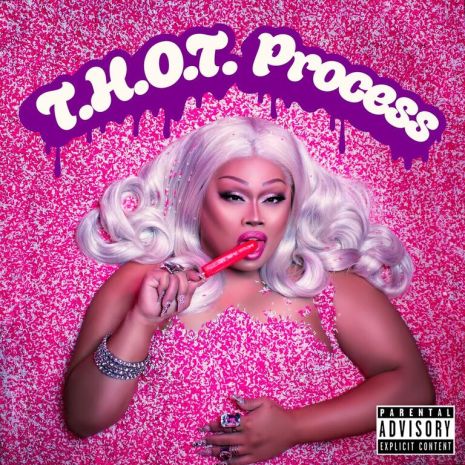 DA: You are the latest queen to be announced for dragworld which has made fans incredibly happy as we don’t get you over enough! How excited are you to be back in the UK and what can fans expect to see from you?

JC: I love the UK fans and I’m excited to be back in the UK. They can expect me to look fabulous and gorgeous as per usual. I don’t know how dragworld is run but I’m adaptable and I’m just ready to see the fans again. I hope my booth is next to Ginger though.

DA: Do you feel with drag race now becoming more mainstream it’s more of a bad thing ie the show has changed drastically and lost the focus of showcasing drag etc

JC: I mean I don’t know, to me it feels like the basis is there. But now the girls I feel are more concerned with camera time and catchphrases than showcasing their drag point of view rather than a created personality.  The fans aren’t dumb they pretty much can spot fraudulent characters.  The real ones have longevity in this business we’re not trying to sell you a catchphrase we’re just being us.

DA: Which of the queens have you kept in touch with the most from the show?

JC: Obviously from my season its been Phi Phi. But as of lately Ginger and Mariah are like constantly on my quick call or text. I’m close and cool with alot of the girls though.

DA: If you were to be invited back to the show for All-Stars would you ever consider doing it?

JC: I can’t say never I just don’t think they want me but for the fans sake sure I’ll go and do it.  I’ll probably go home early again (laughing) I am a different woman now, I feel I’ve harnessed my capabilities as an entertainer better …so I might do better (laughs) who knows.  I know I’ll have a sick wardrobe as long as I don’t have to make it (laughing)

DA: With drag becoming more popular, part of the job is doing meet and greets. Do you find them to be a good experience, and what advice do you have for fans who attend them?

JC: I like meet and greets I do, I am somewhat socially awkward so it takes a minute for me to warm up.  I’m working on it, One piece of advice is don’t touch our hair or faces, Its intrusive.

Also, hygiene,  if you’re smelling like pickled onions left out in the sun that’s not the look, nobody wants to hug that (laughing) Sorry, but all jokes are aside, the love and support at the meet and greets are so awesome. When they come dressed like you or tell you their favorite thing about you it’s the best feeling in the world.

DA: Of all the things you’ve encountered since being on the show what have you been most thankful for and has been the best experience of your career to date?

JC: Honestly the roles on television.  Considering I completely sucked at the acting challenge on my season. The doors that drag race has opened for my career is super amazing and I will be forever grateful.  Plus performing in the Philippines and outside the US because they treat us all like celebrities.  Its a whole other level of adoration that we get.

DA: And finally, we recently interviewed Drag Coven and we quote “ If you get the chance to talk to Jiggly, ask her about the time she saved our lives!’ How did you save the girls?

JC: Omg!  They are ruining my reputation as a cold bitch (laughs) during the All-Stars 2 premiere the girls drove a shitload of hours to be at the premiere. Jamie was obviously spent and was tired out of her mind from driving the whole time and by the time the festivities was over she could barely keep her eyes open, there was no way I was going to let her drive an hour to long island where they were staying.  So I got them a room so they can be safe.

Jiggly will be at Dragworld UK this August. Be sure to follow her on the following Social media and buy her album T.H.O.T Process on Itunes.