On February 17, 2018, I had the pleasure of attending the Roast of Heklina, a drag icon in San Francisco, California who founded Trannyshack in 1996 and is currently the CEO of a nightclub by the name of Oasis. Oasis has a calendar full of drag shows and a plethora of local talent and Ru girls perform there on a regular basis. Heklina has had an impact on so many queens and personalities, so the case who either attended the roast in person or sent video messages was quite impressive! I can’t even remember everyone involved, and I’m not going to give away jokes because the official video will be coming out at some point, but here are some highlights of the night.

This was my first time attending a roast, though I’ve seen a few on t.v. and Youtube. But seeing it live, and with two of my all-time favorite queens Jinkx and Alaska on stage, ah it was awesome! The Roast Mistress was Jackie Beat, another fabulous queen who’s been in the business for ages and has numerous credits to her name for feature and independent films, television, theater, comedy, and writing. She showed her prowess with comedic timing and writing throughout the roast. Everyone was entertaining and had amazing stories, jokes, and digs for everyone else on the panel. Heklina mostly kept a straight or disapproving face trying to keep her composure as her friends read her for filth, but she did crack up a few times and you could tell she was enjoying herself…and counting off all the jokes she had to strike off her list since others beat her to the punch! 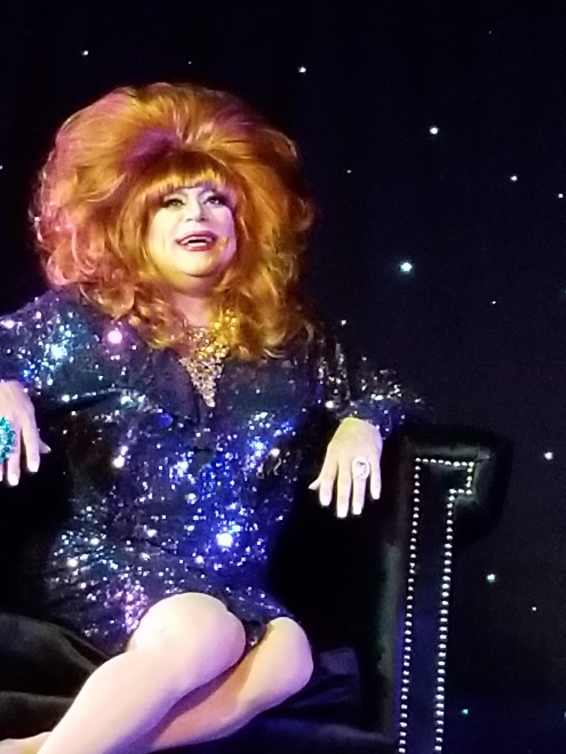 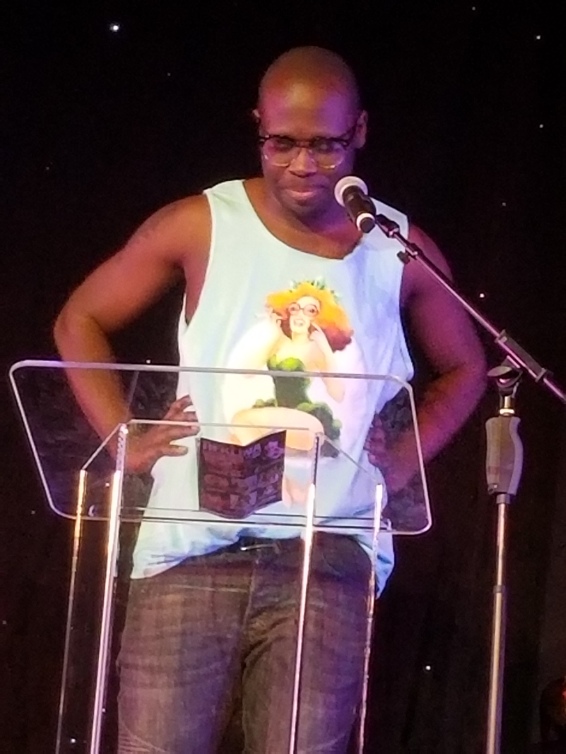 Jinkx walked out kinda silly at first, then composed herself and looked like she stepped right out of a Victorian era painting. The dress, the hair, the perfect mug even though she had to start painting at the airport due to travel issues. I’ve seen a lot of BOTS snatch game videos and some of my favorite moments are when Jinkx is laughing so hard you can hear her over the crowd even though she isn’t near a mic. That happened a few times and as my mom said, it’s like she’s tickled from the tips of her toes to the top of her head! Well hearing her laugh like that has the same impact on me as well.

During her time at the podium, Jinkx was loud and animated and laughing at some of her own jokes. My favorite part was when she walked over and fed Alaska a carrot… which Alaska happily munched on as well as later on in the show. Jinkx is one of my top favorites because of her versatility. I feel blessed to have been able to see her act, sing, and finally show her comedy prowess in person. 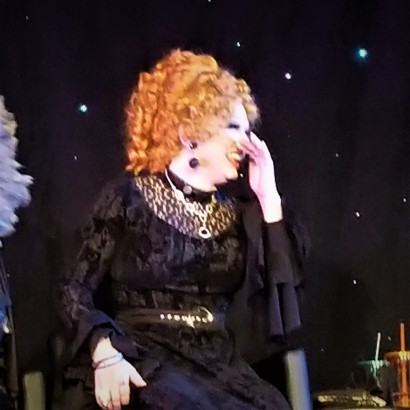 Alaska looked just stunning, gorgeous, amazing in the purple vinyl dress, the mile high hair, and the fascinator. She knows how to work a stage and a crowd when the attention is on her, but even when it’s not it’s hard to take one’s eyes off her. I adore Alaska so much! Whether she’s singing, talking, laughing, or whining, or making any of her plethora of squeaks and squeals I’m just in love. During the roast, she was laughing, clapping her hands, snapping her fingers, kicking her feet, or nibbling gingerly on that carrot! 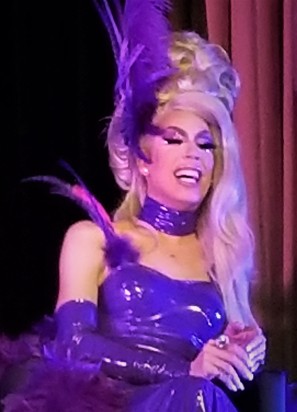 As giggly and animated as she was while others were roasting her and the other panelists, she went deadpan and composed as she stood up to take her turn. She stood slowly, collected her boa, straightened her dress, collected her cards and reading glasses, then faced the stage as she sashayed slowly from her seat to the podium. She began on a serious note, stating that she didn’t realize when she signed up it would be that kind of event.

She went deep, from appropriately timed declarations reminiscent of her comedy set with Alyssa on All-stars 2. But as it was a roast she, of course, had to go in and put on her own reading glasses. She delivered her jokes with the same deadpan, matter of fact delivery throughout, and her timing was so perfect. She knows comedy, that’s no secret, but it was so cool to be able to see this side of her on stage.

After the show was over my mom and I went up to the meet and greet. I only had gifts for Heklina, Peaches Christ (who you must follow if you don’t already – her stage shows are legendary and often include your favorite Ru girls), Alaska, and Jinkx, and I felt bad but I only had so much time and had to finish Peaches’ shortly before we left for the show. I have added other panelists to my list of projects, such as Sister Roma because I mean if you’ve seen her looks and you’re an artist how can you not be intrigued?? 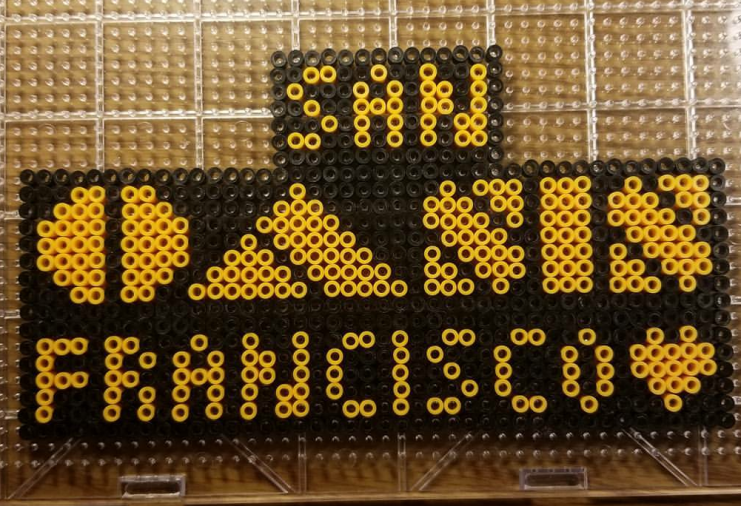 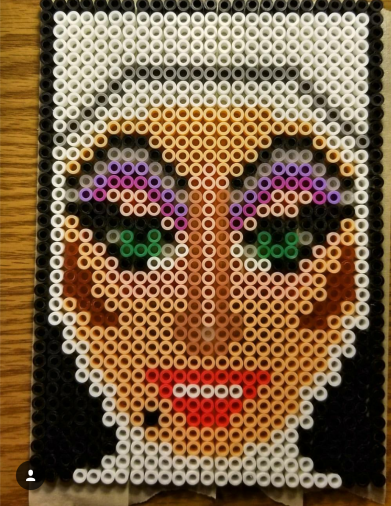 This was a large panel so I tried to be quick with the gifts I made. First was Peaches, and I told her that when I came for Hocum Pokem I’d not been able to finish my piece for her.  At the time I thought I had a pinched nerve at the time but it turned out I was in the beginning stages of shingles! My picture with Peaches, Jinkx, and Bob made it look like I was fine, cause my smile was genuine, but I’m telling you the pain of shingles is beyond horrible! This time I gave her a piece based on Mister Act. Now if you’ve seen the piece I gave Willam for Mister Act (she tagged the wrong person on her IG post, but that’s my fault because I forgot to include a card with my gift). People were all over Willam’s post saying it looked like Katya or Detox. Willam defended my piece and I appreciate that so much, even though it’s fine.

Everyone’s a critic and they have no clue that it’s not very easy to create likenesses of people when you have a grid with straight lines. Part of why I prefer to make pieces that have a lot of color or design on the face or hair so it’s easier to see who it is in my portraits. Since the one layer of black over Willam’s hair wasn’t enough to make people see what it was I made sure to include the full top of Peaches’ habit…though hers is a full one.

Next, I turned to Alaska. I wanted to make her one more piece, I just didn’t know how soon I’d be seeing her again. This time I took a picture of the Golden Girls and used mini beads to put Alaska’s face on each of them. When I was trying to get her piece out of the gift bag she was like, “you made me another one?” and when Jinkx saw it she said, “it’s you as each of the Golden Girls!” Alaska is so incredibly sweet and appreciative and she hugged me before I turned to Jinkx. Since there’s no way I can possibly replicate Jinkx’s beauty in a piece I went with her voice character, Emerald, from the Steven Universe series. It was fun doing a cartoon character, and I think it turned out pretty well! Finally, I gave Heklina the piece I made in honor of her club Oasis. She’d liked the one I made for SickeningEventz (the promoter for one of my favorite clubs), so I thought she might like to have one too. 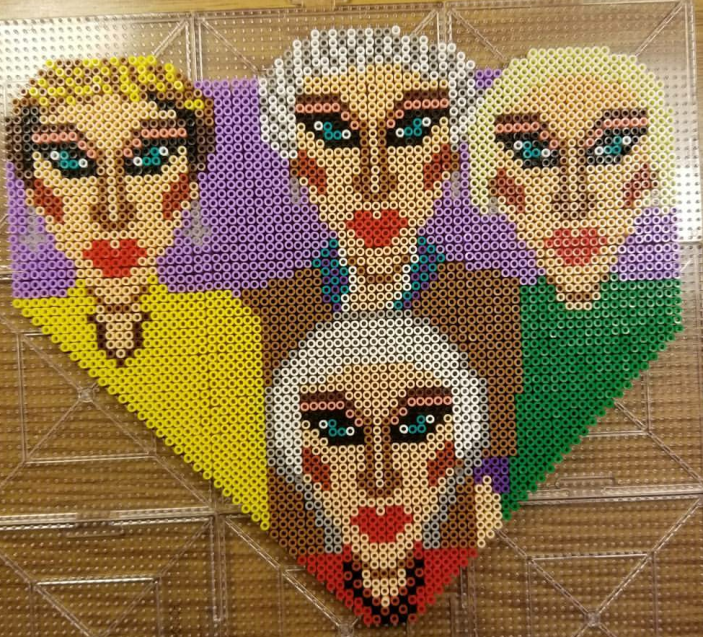 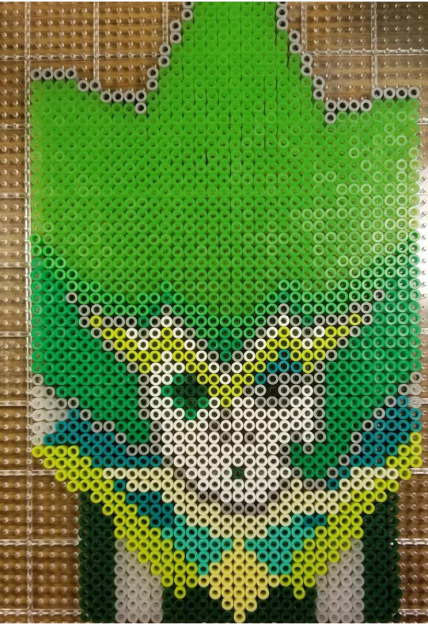 I’m really hoping that the filmed portions of the Roast of Heklina comes out soon and is available for people across the world to see. It was not a mild-mannered roast. They went in for the kill. There are jokes that may upset people as they touched on many sensitive subjects, but if you’re at a roast, and a drag roast at that, you have to expect the dark humor and understand that it’s not mean-spirited – it’s just drag.