Being a huge Jinkx Monsoon fan I finally got the chance to view Drag Becomes him. A personal and insightful look at the life of Jerick Hoffer aka Jinkx Monsoon. Viewing this must watch documentary not only saw drag from the prospect of the family members but the drag queen first hand.

What was great about it was the raw passion from Jinkx herself but seeing the support they have from friends and family. Jinkx is without a doubt one of the most talented winners to of emerged from Rupaul’s drag race. From her comedic acting to her impressive vocal range she is a force to be reckoned with.

Another fantastic aspect of Jinkx Monsoon is that she is humble and down to earth, and seeing the success she has endured makes watching the film from a fan prospect a tiny bit emotional. In particular, seeing how happy her friends where when she won was euphoric. Seeing the personal relationships with her brothers, in particular, struck a heart string when they described how proud they are of Jinkx.

Whilst we don’t know her on a personal level, a lot of her life is in the spotlight, it’s nice to know she has support. Whilst each queen struggles with the attention from fans and life on the road as a fan you somtimes worry if they have a happy life away from their drag character.

Another eye opener was seeing the process of turning into a drag queen, watching them go to the toilet looked like one of the most long winding process ‘I take off plenty of tights, Spanx and a quick untuck just to pee.’ As fans, we can sometimes forget how much effort goes into creating what I consider a true art form. 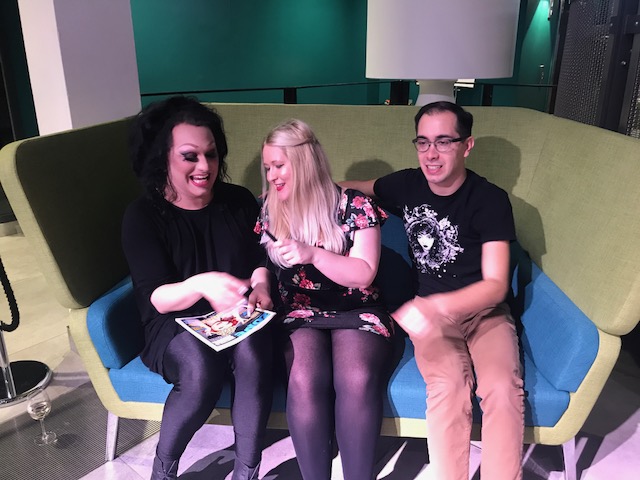 Later on after watching the Vaudevillians, talking to Jinkx about the documentary she apologized for her ‘cheesy home videos’ and ‘sad life’ after I commented it made people cry to which she remarked ‘oh my I hope no-ones mascara was ruined.’

So if you ever get a chance to watch drag becomes him even if you aren’t a big Jinkx Monsoon fan go watch. If not for her but to see how big a life change it is to them for their friends, families and work colleagues. See the effort that goes into a character for them to perform. Us mere fans are lucky and are a small portion of their incredible sometimes complex world. 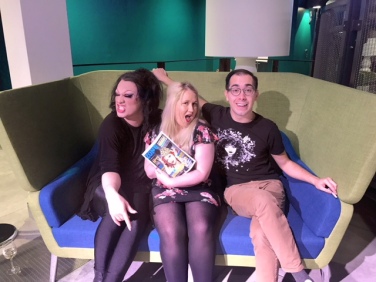