Yesterday saw the return of long waited new music from Sharon Needles, the third album ‘Battle Axe’ was released and saw nothing but positivity from fans. Alongside the album, the evening saw the video release to debut single ‘BattleAxe’

Featuring Sharon in powerful bitch boss characters, she’s shown once again how incredibly talented she is as well as creative. Let it be known that Sharon Needles fans are some of the most dedicated and loyal, so as you can imagine the release of video and album was a happy day for all. 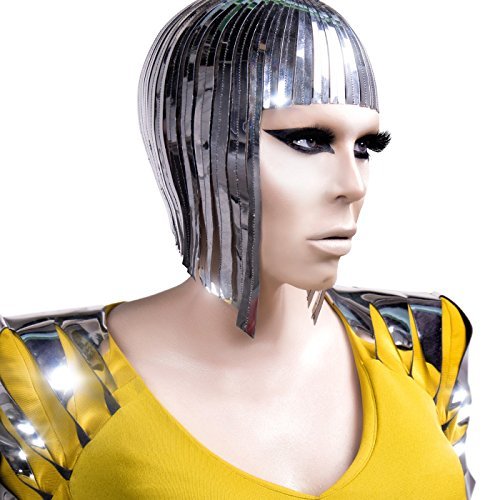 But was the album what the fans thought it would be, did it live up to the wait and was it worth it, Dragadventures has fallen in love with Braindead, 666, Jack O Lantern and of course Battleaxe. Here we see what other fans have had to say on their thoughts.

Sharon (and this album) takes risks no other Ru-girl dares to like shamelessly belting out “I am Columbine” in a way that only Sharon Needles could. This album wasn’t for anyone but herself, and for that reason alone it is already absolutely mind-blowing. Sharon Needles has done it again and done it better than ever.

Thank you for letting us experience your mind.”

addicted.to.sharon (Instagram) “Battle Axe is one of my favorite albums, it deserves a huge recognition… it’s a lot different from the other 2 albums … the sound is a lot different and better…!! My favorite song is jack-o-Lantern…this album is full of serial killer references and horror movies…!! Piano wire is a spoken word type of song and it’s a lot similar to the movie Friday 13th (but don’t take my word on it)”

staci_the_kween (Twitter) “This album is amazing!! This is Sharon’s best album yet and I’m so excited to hear some of the songs live in person next week! My top 5 favorite songs from the album are: BattleAxe, 666, Cocaine and Fuck, Dirty Diaper and Jack O Lantern. I love the vibes I get from this album! The vocals are amazing.”

Of course there are more entries to make their way to the page, send in your opinions and favourite songs to us!